Wake Up, Wake Up!

Poem below in entirety- see definition of grasp below also. 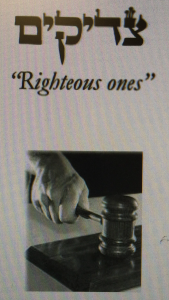 We can do all things through Christ who strengthens us. Without Him we are destitute.

(Yesterday I was out running errands when I saw this. I had to pull over and take a picture. I did not have my camera so the best I could do was use my phone camera. Is this a prophetic picture and a warning for us at this time? I was immediately  sickened by this site. A vulture hovering over the Cross on this church. Didn’t our Lord speak to us concerning the blowing of the trumpet and vultures in the same teaching? Yes He did in  Matthew 24 entire chapter. Vultures do not kill, they only come to feed on and eat what is dead. Jesus is speaking of signs to watch for this chapter and the feast of Trumpets is pictured. Is this a warning for us, The Church, the ecclesia, the called out ones to be warned that satan is attempting to destroy the truth of Cross? Their is no remission of sins without the shedding of blood, and we are washed clean and given robes of white because we are washed by the blood of Jesus. We are the redeemed. I am so concerned when I hear teachings that sin isn’t going to be judged. Please speak the truth and snatch others from the fire.) I say not on my watch.

Nothing can come from the ground without first developing roots. What is planted must die and then develop roots that  grow down before it can spring up. Repentance is dying to self and self righteousness and then returning to God and His ways.

Repent then and turn to God, so that your sins may be blotted out, that times of refreshing may come from the Lord and that he may send the Messiah who has been appointed for you-Jesus.

Some facts you can look up and know the answers to that will help you understand and see the plans that were made before we came into being a Nation. When did Spain expel the Jews? When did Christopher Columbus discover the America’s? What was the driving force behind Christopher Columbus’s continuing voyages? The answer to these questions may help you discover our roots as a Nation.

Our Jewish brothers and sisters are and have remained the time keepers; I thank God that ‘The Law’ was  entrusted to them. Had our Jewish brothers and sisters not obeyed God and His commands that were given to Moses on Mount Sinai, where would we be? We would be lost and wouldn’t have any idea where we are prophetically in God’s day timer. Because God entrusted HIS CHOSEN PEOPLE with keeping HIS LAWS, we in the United States of America now are entrusted to preach THE GOSPEL of JESUS CHRIST to the entire world. The church does not replace The Jewish Nation. It never has and it never will. The two shall become one new mankind. The Jew and the Gentile. How much plainer does it get?

During Teshuvah we are reminded to pray, repent, and intercede for our great Nation, The United States of America. Today there is division in our land, more than has ever been in my lifetime.

When Moses went back up to meet with God on Mount Sinai it was to intercede for the Nation of Israel. We see that the plan of God, that was began by bringing His people out, has had an eternal purpose from the beginning. We know that after Pentecost salvation came to the Gentiles. What was considered unclean now grafted in. We see and are allowed a front row seat into our Father’s eternal plan. Let us make mankind in our image and likeness. Unity, purpose, and promise. Do we not see into this plan more clearly when we fast forward to the book of Revelation? We have our Lord Jesus speaking to the churches. Our Lord is saying and warning His churches, wake up, repent, and strengthen what remains. Jesus is telling us, the redeemed, those dressed in white, will walk with Him and their names will be in the book of life. Jesus saying, “I will never blot out the name of that person from the book of life.” (Revelation 3:5). Do you remember Moses telling God, if You are going to blot their name out take my name out also.

I thought about today September 11, 2001 at the beginning of Teshuvah. I saw that 9/11 would be during the Ten Days of Awe. The Ten Days of Awe are when the books are said to be opened for God to see the fruit of our labors.

WAKE UP! Oh Church I am sounding the alarm. We must wake up, be awake and vigilant, for our enemy is roaming around to see who he can devour. The sound of the shofar blast is not to wake the world up, it is sounded to wake The Church up. The real church. What is the real church? It is the church that still preaches the death, burial and resurrection of Jesus Christ and why our Lord was crucified and willing laid down His life. It is for the remission of sins.

SPEAK UP! When they saw the courage of Peter and John, they were astonished that they were ordinary men. They took note and knew these men had been with Jesus.

“For their is no other name under heaven by which mankind can be saved. Salvation is found in no one else, for there is no other name under heaven given to mankind by which we must be saved.” Acts 4:12 Sin is not ok with God. God will judge sin. Our Heavenly Father has made a way of escape so that when judgment day comes and it will come, His people will not be anywhere near sin.

GET UP! Are we awake? I believe we are waking up. I am awake. I feel a call to wake up others. We must be wide awake and standing our watch. Are you standing your watch?

To the church at Sardis, I know your deeds; you have a reputation of being alive, but you are dead. Wake up! Strengthen what remains and is about to die, for I found your deeds unfinished in the sight of my God. Remember therefore what you have received and heard; hold it fast, and repent. But if you not wake up, I will come like a thief, and you will not know at what time I will come to you. I will never blot out the name of that person from the book of life, but will acknowledge that name before my Father and his angels. (Revelation 3:2-5).

Today we need more than ever to hold the standard of God and not be a wishy washy, weak and wimpy group of “believers”, only then afraid to say we do not know what we believe. We are either gathering with Jesus or read the scripture. We cannot worry about offending people. It is The Cross of Jesus Christ that will offend them. Jesus said if they hate Me they will hate you. I don’t think it gets any clearer. For us to attempt to serve a watered down gospel is being a lukewarm church. We know what Jesus said to tell the church in Laodicea. You are neither hot nor cold; I wish you were either one or the other! So because you are lukewarm I am going to spew you out of My mouth. (Revelation 3:16-17

Wake Up, Wake Up!

Be specific when you ask,

Be direct in your speech,

Be vigilant and forthright

Bold when you teach!

Know My ways and My truths,

Freely I gave to you all I had,

My Best poured out entirely.

I sent My only Son,

To teach you about My ways.

In order that your understanding,

could grow in the coming days.

Stop begging Me for power,

To save your nation and land,

I’ve given you what you need,

SPEAK UP-show Me your plan.

SPEAK UP SPEAK UP!

SPEAK UP, TO REINSTATE ME!

What will you do to engage

Your neighborhood and city?

With all I have poured out,

Failure to utilize My power, would be a pity!

You are not helpless or alone

Not forgotten or in despair

If I weren’t for you America…..

Isn’t it obvious I have you in My care?

You would’ve been destroyed

If not for My Hand of protection

You would’ve lost more than towers,

Had I not covered you in My affection.

GET UP TO REINSTATE ME!

I gave My best

I have given My all

That is My call!

It’s urgent, it is time

Today is the day

Church ask Me for wisdom

I will not delay!

Poem written under inspiration of Holy Spirit by laurette laster.

: to make the motion of seizing : clutchgrasping for support

1: to take or seize eagerly grasp the opportunity for advancement

2: to clasp or embrace especially with the fingers or arms grasped the pen and began writing

****3: to lay hold of with the mind :comprehend failed to grasp the danger of the situation

so that through the church the manifold wisdom of God might now be made known to the rulers and authorities in the heavenly places.

in whom we have boldness and access with confidence through our faith in him.

Now to him who is able to do far more abundantly than all that we ask or think, according to the power at work within us,”

“to him be glory in the church and in Christ Jesus throughout all generations, forever and ever. Amen.

God bless you and keep you and make His face shine upon you and be gracious to you and give you Shalom.