Jesus first ‘telling’ of His being the Messiah, was to a woman and a Samaritan woman at that.

If you knew the gift of God, and who it is who says to you, Give Me a drink, you would have asked Him and He would have given you living water. The woman said to Him, Sir you have nothing to draw with, and the well is deep. Where then do get that living water? (John 4:10-11)

Could This Be The Messiah

From the Grace Series 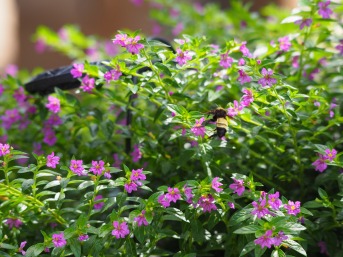 He opened His mouth declared “I Am He”
At that moment they began to gush
Eternal Springs of Living Water
Oh to tell the others, yes I must

He told me first, a woman
before His trial, Exclaiming I Am He
The eternal well of Salvation has come
to my town through a Samaritan, and a woman, me

“The woman then left her water pot, went her way into the city, and said to the men, “Come, see a Man who told me all things that I ever did. Could this be the Christ?” Then they went out of the city and came to Him.”
(John 4:28-30 NKJV)

Reading this account we realize that the men of her city must have believed she was condemned also. Verse 39 says many Samaritans of that city believed in Him because of the woman who testified, “He told me all that I ever did.”

On Holy Tuesday, the conspiracies to trap Jesus were heightened. They wanted rid of Jesus, even conspiring with Judas to betray Jesus.

And Jesus was talking with the woman at the well. One we know was shunned by the other women. Most women came to the well with their water pots to draw water in the morning while it was cool. This woman was there at the lunch hour.

What an encounter, what a transformation of an entire town, What A Savior. Jesus seeing her thirst, addressed her thirst. He knew her real thirst was for living water. Are you thirsty? She would never thirst again.

Jesus did not hesitate to tell this woman about living water. Jesus disciples marveled that He talked with a woman.  Yet not one asked why He was talking to her. In Jewish custom  the testimony of a woman was not trustworthy. However Jesus puts this to rest also.

Jesus stepped over customs and boundaries, showing compassion and kindness to women of all walks of life during His earthly ministry.

In all of the Gospels, women disciples are the first witnesses to His Resurrection. Jesus acknowledges the voice and the gift of many women during His earthly ministry. I urge women everywhere to speak up and be bold. We should boldly proclaim what Jesus has done for us. The nameless Samaritan woman becomes the first female evangelist and a town was changed. We are called to be change agents, Jesus saw and acknowledged and sets us free to use the gifts He has given us, still today. I pray we never hide our gifts.

God bless you and keep you and make His face shine upon you and be gracious to you. The Lord lift up His countenance on you and give you Shalom.